I was watching Dateline Sunday night when we got home from church.   A man had been accused of killing his wife.   They were a Christian family, attending church faithfully, the children involved in youth activities, their mother in ladies’ Bible study groups.   The couple had been married for about twenty years.  The oldest child was in high school.   (If memory is correct)

The wife was well-liked by everyone.   No one could imagine anyone wanting to kill her.  But a bomb had been attached to the bottom of her vehicle in what appeared to be a FedEx envelope.   Authorities found a cell phone that apparently had been set to detonate the bomb.   However, there was a loose connection or something and it didn’t go off.

A man had been seen in the area and was ex-military who had worked with those type of bombs.   He was the first one to be accused but he had an airtight alibi.

Finally, with no other leads and no one who hated the wife enough want her dead, authorities looked into the husband’s business, acquaintances, and phone records.   He often had to travel in his business.  His wife seemed to feel that he had gotten bored with her, with life in general, but had no idea what to do about it.

The end of the episode showed that the husband had been having an affair with an old flame from high school.  But he had been leading her on, too.

As Christians, the family did not believe in divorce.  That is admirable.

But, dear reader, this is my point:  Communication is vital to any relationship.  If your marriage seems stale, if you have suspicions that your mate is not happy, start a conversation about it.  If you aren’t comfortable starting the conversation, change things up a little.  Ask the Lord to show you what to do to add a little spark to those dying embers.   Keep in mind, however, that without conversation, your mate may get suspicious, and think you are having an affair.

Christians are human, just like everyone else.  We are supposed to be different, set apart (not better than others) so the world can see a difference in us and want to know what made the difference.  But we are still vulnerable to temptation if we don’t keep our guard up.  To keep the spark alive in your marriage, pay attention to little nuances; watch for signs of boredom or restlessness, or signs of depression.  Pray about it.  Pay a little extra attention to your spouse.  Ask if there is anything you can do to alleviate stress, or spice things up a little.  Marriage is supposed to be fun, regardless of how many years you’ve been together.  The only exceptions would be ill health or separation by nursing home or elder care facility. 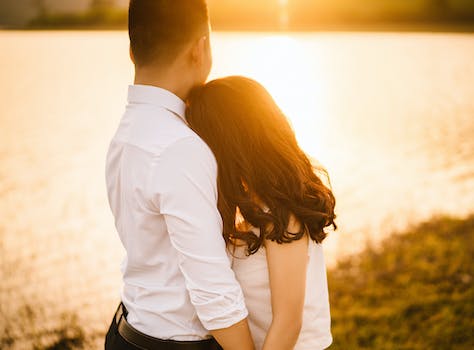 where love, inspiration, and encouragement collide

BY GRACE THROUGH FAITH

Life in the Realm of Fantasy

"Words Bring to Life Your Dreams, Fantasies, and Ideas!"

An Ongoing Experiment in Storytelling

Writers In The Storm

A Blog On Writing

Welcome to R.E. Ashling's the Ink and Palette, a personal gallery of flash fiction and artwork.

All about writing and learning

Writing from the heart, adds value to your life.

An Adventure in Indie Publishing

the runes of the gatekeeper's daughter

Story Teller - Author "IN SPITE OF US: A Love Story About Second Chances

LIFE IS BEAUTIFUL. LIVE IT WELL.

THE BEST OF POETRY

Part time actor, aspiring writer of poetry and prose and full-time idiot with a heart.

It's not easy being me!